Is the criticism about a Mannatech scam valid? Mannatech is a multi-national company founded in 1994 by Sam Caster and has its headquarters in Coppell, Texas.

The company uses multi-level marketing [MLM] to sell its products based on glyconutrients [sugars]. There are approximately 25 nutritional products, several skin care products and products based around a weight-management system.

Mannatech is most widely known for its product called Ambrotose which they state is "a glyconutritional dietary supplement ingredient consisting of a blend of monosaccharides, or sugar molecules."

Mannatech's products have not been scientifically evaluated for curing any disease or treating any illness. Some researchers have stated that they doubt Ambrotose provides any health  benefits at all, which has led some people to believe it is a Mannatech scam.

A leading glycobiologist Dr Hudson Freeze who studies complex carbohydrates as a professor of glycobiology at the Burnham Institute for Medical Research in La Jolla, California believes the body can't digest Ambrotose because humans lack the enzymes necessary to break down the plant fibers it contains into simple sugars.

He says "There are authentic, scientific studies that have looked at people drinking these kinds of materials, and it doesn't really do anything except increase flatulence.

There has been some criticism of a Mannatech scam on the internet due to the companies history of litigation, State investigation and ABC investigation.

Is there a Mannatech Scam?

Sam Caster, who is the founder of Mannatech has had a series of questionable business dealings and run-ins with the Texas Attorney General. Eagle Shield was his first big venture and was an insulation product utilizing technology from NASA which reportedly reduced heating costs by up to 40%. The Attorney General investigated these claims and found they were incorrect.

His next major product was the 'Electrocat' that was supposed to emit pulsed vibrations that kept rats, scorpions, snakes, spiders and crickets away from an area. When it was investigated by the Attorney General, it was found not to emit any pulses at all, and was labeled a hoax.

He then started Mannatech in 1994.

To decide if there is a Mannatech scam, study the information below. 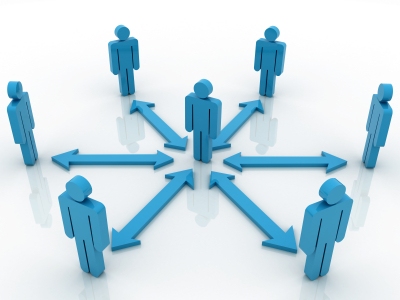 Mannatech is known for its claims of scientific links to cellular glycobiology which is disputed by the individual Nobel prize winner.

A class-action lawsuit was filed against Mannatech in 2005 for alleged violations of the Securities Exchange Act. The plaintiffs allege Mannatech made "materially false and misleading statements" with respect to its products.

Mannatech is also currently under investigation by the Texas Attorney General for alleged violations of that state's Deceptive Trade Practices Act.

On June 1, 2007, a 20/20 undercover investigation aired. "A three-month 20/20 hidden camera investigation found outlandish claims being made by some Mannatech sales associates around the country, extolling what they say are the extraordinary powers of Mannatech's patented product, called Ambrotose. Ambrotose costs at least $200 a month -- more than some prescription drugs".

"Our 20/20 investigation found that some of Mannatech's sales force was touting Ambrotose as a miracle cure that could fix a broad range of diseases from cancer to multiple sclerosis and AIDS."

On July 5, 2007, the Texas Attorney General charged Mannatech, Inc., its owner, Samuel L. Caster, and several related entities, with operating an illegal marketing scheme in violation of state law. A press release stated, "Today’s enforcement action stems from a large-scale investigation by state authorities, who examined Mannatech’s dubious claims about the health benefits of its products."

On August 22, 2007, Sam Caster resigned as CEO of Mannatech. The Board stated they weren't displeased with Caster but that the lawsuits gave the members a lot of concern.

On October 19, 2007, it was reported that Mannatech Inc. had fired Grant Thornton LLP as its auditor after the accounting firm demanded that Mannatech remove Sam Caster from all responsibilities.

On March 20, 2008, Mannatech agreed to pay $11.25 million to settle a class-action lawsuit against the company. The lawsuit stated that the company allowed false claims about its supplements, and failed to control its sales agents.

As Australian Doctor was disciplined for misrepresenting Mannatech products to his patients.

Mannatech Inc. is promoting its nutritional supplements with a study it says was partially funded by a U.S. government agency and conducted under the auspices of a California medical school. Yet the National Institutes of Health, the federal agency the study cites, denies it sponsored the research. And school officials said they've been unable to find evidence the study, published in February, was ever performed.

Do You Have A Great Story, Tip or Review About This Topic?

Do you have any experience or knowledge of the Mannatech scam to help others.

Share your story, tip or review with the world.

I started renovating my house three months ago, using a "bakkie builder" from Macassar in the Western Cape, South Africa. Within the first day I discovered …

Mannatech is a great and reputable company. I have used the ambrotose many times over the years. I guarantee if people would try it, before they knock …

Check your facts before you slate a reputable company...

Somebody needs to check their facts before they post something like this online.... Just about all the statements on this story are incorrect. Mannatech …

Mannatech is a scam Not rated yet
Mannatech is a commercial cult that is using an illegal pyramid scheme. The fact that this company, like all cults, patrols the internet for unfavorable …

Just dont argue guys... and have a nice day. Not rated yet
I personally think mannatech is complete bogus, due to the lack of scientific evidence that supports its claims. But still, it is not a possible thing …

Mannatech Scam Not rated yet
Sugar for $200.00 a month? Now if that isn't a scam, what is? How about that multi-million dollar payout to shut people up? Now that is a scam. A product …

mother, daughter and friend Not rated yet
THE EVIDENCE IS IN THE COMSUMPTION OF THE PRODUCT.I HAVE USED THESE PRODUCTS FOR MANY YEARS AND THEY HAVE CHANGED MY LIFE BOTH PHYSICALLY AND MENTALLY. …

Mannatech Not rated yet
I have just placed another order for Ambrotose. I know it sounds like a scam but several years ago I was very sick and none of the Antibiotics were working. …

Is Mannatech a Scam? Not rated yet
Mannatech Corporation - is a Multilevel Marketing, which was started in 1993, and headquartered in Texas. It is a publicly traded company on NASDAQ, …

Mannatech Update Not rated yet
The information about Manatech being under investigation from the Texas AG is no longer valid. That issue was settled and Mannatech is currently operating …

Ambrotose user Not rated yet
I had polio in 1039. Because strange physical problems occur because of post polio, I did not recognize my hand pain as corpal tunnel trouble. I lost …

Mannatech a scam Not rated yet
Mannatech, Incorporated, is a multinational firm engaged in multi-level marketing, research, development, and distribution of glyconutrients, the company's …