Most of the Russian bride scams actually involve men pretending to be Russian women, and a lot of them are not run from Russia!

They are very lucrative and a group in Russia scammed 1,500 men and extorted more than $1.5 million US dollars from them in 2 years! Most of the money was gained using the infamous 'visa and airfare' scheme.

It preys on men who have dreams, hopes and expectations of finding love, understanding and appreciation in foreign women.

A lot of men feel they have found their true love even though the romance may have only been going a few months.

The woman is wonderful, however she is poor, and desperately needs money. When she asks for help for such things as arranging a trip to meet the love of her life, or to solve a family tragedy, the wallet is opened, and the Russian bride scams have snared another victim.

How Do the Russian Bride Scams Work?

It occurs when a lonely foreign man gets acquainted over the internet with an attractive female from Russia, Ukraine, Belarus etc who then tries to get as much money out of the unsuspecting foreigner as possible.

The money is usually for travelling expenses but the man may also be asked to cash checks, open an Ebay account for the woman, or provide credit card details so that the woman can deposit money to cover travel expenses etc for her to meet the man.

A dating scammer starts by creating a false personal profile with stolen photos from the internet and then joins an online dating agency or chat room. Many online dating sites allow anyone to join for free and often don't screen their members.

The scammer will usually make the first contact and say they are looking for love or a soul mate.

The Russian bride scams usually involve dozens of pre-written letters that the scammers use on the hundreds of replies they receive.

As the scammer is often dealing with so many replies they tend to ignore the questions asked of them and instead write about what they have been doing, the weather, their family members etc and if they do answer any questions, it is usually at the beginning or end of the letter.

Some scammers however realize that the pre-written letters aren't as effective any more and may focus on lesser volume of letters but make them more personalized.

The letter quickly becomes very romantic, flattering and seductive, and within 2-6 weeks the scammer falls in love with the victim! Most of the scammers say it is the first time they have used the Internet to find a man and that they 'feel something special' about this relationship. 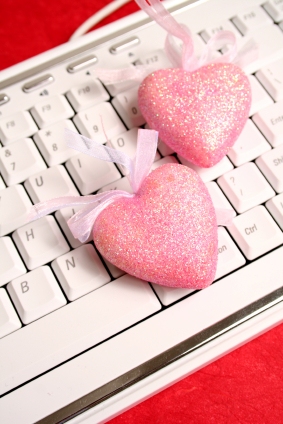 The letters will become filled with phrases like 'my darling', 'my sweetheart, 'my future husband' and have lots of kisses and hugs, and mentions things like 'I  dream of you all day' or that the strong love is overwhelming her, or she is having sexual dreams about him.

Then after the scammer has convinced the victim she is in love with him, she becomes desperate to meet him and commences investigating a visa and travel arrangements. Then she reaffirms her undying love and explains that she has found a way to get a visa and what is involved in the travel.

Some scammers in the Russian bride scams at this point ask for money. The reasons for the money may be for:

It usually starts with small amounts for the visa and then builds up to accommodation to travel to the Embassy for the visa, and then airfares. Some scammers will say they have sold their grandmothers jewellery to pay for the trip but are short of the total amount and need some extra money. If the victim offers to buy the tickets using his credit card, the scammer will say that the tickets may get lost in the mail, or she can get a discounted ticket because a family member works in a travel agency etc.

In the Russian bride scams, it is not uncommon to find that the letters asking for money are accompanied with very seductive or revealing photos.

Sometimes if the victim has some reservations about sending money the scammer will send scanned copies of fraudulent visas or air tickets.

Another spin with Russian bride scams is to ask the victim for their credit card information so the scammer can deposit funds into the card to assist the victim paying for the airfares [the goal being to steal the credit card details].

Once the scammer has received money for the visa and airfare, they will be bubbly and excited and then a few days later comes the bad news!

Now there is a need for more money - perhaps $2,000 in cash in order to enter the country to show evidence of adequate funds to support them during their stay, or travel insurance of $1,500. Whatever the reason, it will cause disappointment in the victim, and is usually another opportunity for the scammer to profit.

Some scammers involved in the Russian Bride scams decide to quit at this point and the victim will never hear from them again. Others decide there may be more money to bleed from the victim and continue with yet further 'bad news' about the scammer who:

Sooner or later the victim realizes they are a victim of the Russian bride scams and stops sending money.

How to Spot the Russian Bride Scams

The list below includes many of the signs of Russian bride scams:

If You Think Your Girl is Involved with Russian Bride Scams

What to do for Russian Bride Scams