In a Ponzi scheme, potential investors are attracted by promises of very large returns or dividends over a very short period of time, due either to skill of the investor, or the secret nature of the investment.

The returns are repaid, at least for a time, out of new investors’ principal, not from profits. This can continue as long as new investors line up with cash, and old investors don’t try to withdraw too much of their money at once.

By redeeming coupons bought cheaply overseas for much higher amounts in the United States, he could double their money in three months, he claimed.

Ponzi sold people on the idea that he was purchasing foreign postal reply coupons, at a discount, in depressed economies and making a profit by exchanging them here.

He claimed to have a network of foreign agents gathering coupons abroad to keep up with the demand.

How Does a Ponzi Scheme Work?

A few people invest in the scheme, then as news of the offer spreads, more investors are drawn in. Usually there is no actual investment involved, contrary to your understanding, just money being shipped in from new investors to pay the earlier ones.

The scam will continue for as long as payments are regularly made to 'earlier investors' to provide credibility. Those fortunate few are known as 'songbirds' since they sing the praises of the scam to others.

Any money paid to investors, described as income or interest, is actually a distribution from the 'capital' already received.

The operator of the scheme will usually convince you to 'roll over' your profits into another investment cycle, so that your returns end up being on paper only.

The goal of the scheme is to keep investors from knowing they are being cheated for as long as possible, so more investors can be lured in.

Once the rate of investment slows down, the operator shuts it down [or declares bankruptcy] and disappears.

The scheme can only continue for as long as new gullible investors can be found.

In 2009, Bernard Madoff pleaded guilty in a USA federal court to running a Ponzi scheme that prosecutors said could involve more than $64 billion, and therefore make it by far the largest Ponzi scheme.

If You are a Victim of a Ponzi Scheme 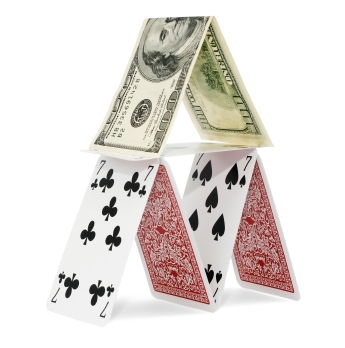 Once a fraud is exposed, the remaining assets of the firm and its operators almost always are seized by the government or court-appointed trustee in bankruptcy court.

However, others who were involved in varying degrees with the fraud may also be liable and have additional assets.