Is there a colon cleanse scam, or is there a sound scientific basis for cleaning out your colon or is it just money down the toilet?

You won't find a consistent answer to this question as the whole topic is up for debate. A lot of holistic practitioners believe a 'clean' colon is necessary for emotional and physical wellbeing.

However many medical professionals will tell you that colon cleansing is not necessary for good health, and in fact, can do more harm to the body than good.

There are also some claims that 'cleansing' will increase the effectiveness of a diet that follows the cleanse.

However remember that after a cleanse or fasting, part of the digestive system will be removed, and this forms part of your body weight, so you WILL weigh less.

What is the Colon Cleanse Scam?

Colon cleansing is based on the idea that food moving through your intestines sticks to the intestinal wall and becomes trapped and then becomes toxic and causes disease.

It is claimed by some that the toxins found within the waste will be absorbed into the bloodstream and circulated throughout your body.

The advertising for the colon cleanse products claims that their products remove the toxic build up from the inside of your intestines.

How is this done? Most colon cleansing products contain psyllium or methyl cellulose which is bulk producing. This means that they increase the bulk and retain more water as well as forming an emollient gel. Psyllium is used for its dietary fibre and mucilage [for use in products like Metamucil]. 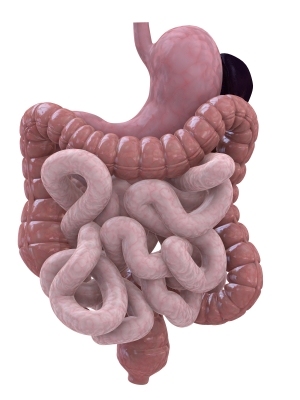 Some research on the Internet will produce testimonials from people who have used these colon cleanse products and claim they have got rid of terrible stuff that has been stuck inside them for decades! They often have photos accompanying their stories which show long, black ropey masses they assume to be impacted wastes, that they have retrieved from the toilet!

They are so happy this stuff is out!

Test if it is a Colon Cleanse Scam

So the mass that comes out of the colon during the 'cleanse' is not old, toxic wastes, but a psyllium mass, some clays, herbs and fibre, and some waste mixed in.

If you keep taking the 'cleanse' product, you will keep seeing this gunk coming out! Its not that your colon was putrid or full of toxic wastes, its the contents of the cleanse product that produces this stuff.

If you want a definitive answer on what lines your colon, and if there really is a colon cleanse scam, ask a gastroenterologist who carries out colonoscopies or surgeries. These specialists see the insides of colons of people every day.

Reviewing some of the scientific and medical literature:


Most of the colon cleanse products contain psyllium and some herbs and clay. The costs are usually high for what are claimed to be 'special' ingredients. Psyllium can be purchased very cheaply from many health food stores from the bulk bins - and is just as good. Anything with a lot of fibre works well.

This information in Wikipedia says it all about the colon cleanse scam.

If you eat a diet with a variety of high-fiber foods, you won't need psyllium or worry about a colon cleanse scam!