The 419 scam first surfaced in the mid-1980s around the time of the collapse of world oil prices, which is Nigeria's main foreign exchange earner and resulted in some Nigerians turning to crime in order to survive.

The number 419 refers to the article of the Nigerian Criminal Code (part of Chapter 38: "Obtaining Property by false pretences; Cheating") dealing with fraud.

The advance-fee fraud is similar to a much older scam known as the Spanish Prisoner scam in which the scammer would tell the victim that a (fictitious) rich prisoner had promised to share (non-existent) treasure with the victim if they would would send money to bribe the prison guards.

In the early 2000s, the scam has resulted in imitations from other locations in Africa, Asia and Eastern Europe, and more recently from North America, Western Europe (mainly UK), and Australia.

The 419 scam usually starts with a letter or email that looks like it is sent to a particular person but is actually sent to millions of recipients.

It presents an offer that will result in a lucrative payoff for the victim if they will send an advance payment to cover brides, fees etc.

It can take many forms such as a bank or government employee who knows about a large amount of unclaimed money or gold which they cannot access directly. The scammer will impersonate someone and the story may include a theme along  one of the following: 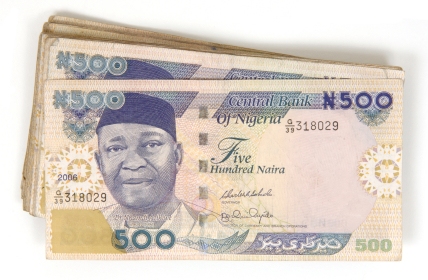 The amount of money involved in a 419 scam is usually millions of dollars and the victim is usually offered 10-20% of it to assist in moving it.

A small of amount of money is required up front [small in comparison to the total amount of money to be gained by the victim] for fees, bribes etc. The victim usually feels this is a small investment to make in return for the millions they will soon receive] This is the money the scammer will steal from the victim.

If the victim agrees to go ahead they will be sent false documents containing official looking government seals and stamps. They may also be given names and phone numbers of officials to contact.  Telephone numbers provided tend to be mobile phone numbers as mobile phones can be purchased cheaply and with a prepaid SIM card they don't need to provide any ID for purchase.

If a landline phone number is given along with official government office addresses quoted, then it usually signifies it is a large scale scam that is well organized and has involved contacts at government offices. A victim carrying out a background check may be convinced the deal is legitimate based on the official documents and contacts.

In a 419 scam the transaction between the victim and the scammer needs to be untraceable and irreversible so the scammer will specify a wire transfer method such as Moneygram and Western Union. The most popular is Western Union because when money is sent internationally it cannot be cancelled or reversed, and the person receiving the money cannot be tracked [as they only to have to know the identifiers and the secret question of the transaction to claim the money].

There is always an urgency to move the money in the 419 scam, and so this justifies the need to use a wire transfer method because of the speed.

The victim may also be asked for their bank account details to deposit their share of the fortune. The scammers often steal the victims funds out of the victim's account as well as the money that the victim sends.

Once the victim has sent some money, there is usually a delay or problem that prevents the deal going ahead. Further bribes will be required for unforeseen tax or fees, or evidence of $50,000 in a Nigerian bank is required before the funds will be released. Further delays and additional costs will be added until the victim has run out of money or realizes they are being scammed.

Some victims are invited to the country to meet government officials. When they arrive in the country customs officers are bribed to let the victim enter unofficially and then the victim is blackmailed for more money as the penalties for being in a foreign country without a visa can be severe.

In extreme cases, victims are held for ransom or murdered [between 1994-1997 people involved in the 419 scam murdered 15 people].

Suspicious as it sounds, the 419 scam has worked remarkably well for more than a decade. Once it is explained, you would wonder who would fall for such a scam, but fall for it they do because they are mesmerized by the wealth that will soon be theirs!

Originated as a postal scam, the 419 scam took on new life with the popularization of e-mail. The U.S. Secret Service estimates that the fraud costs victims hundreds of millions of dollars worldwide each year.

Although senders pretend to be from a variety of African nations, investigations have revealed that most of the scams originate in Nigeria, said a representative of the 419 scam Coalition, an anti-fraud group.

Do you have any knowledge or experience of the 419 scam to help others.

I have received a email from a stranger. The main part of the letter is as follows: "My name is Miss Joy Justin Yak, I 'm 25, from Sudan in Africa. …